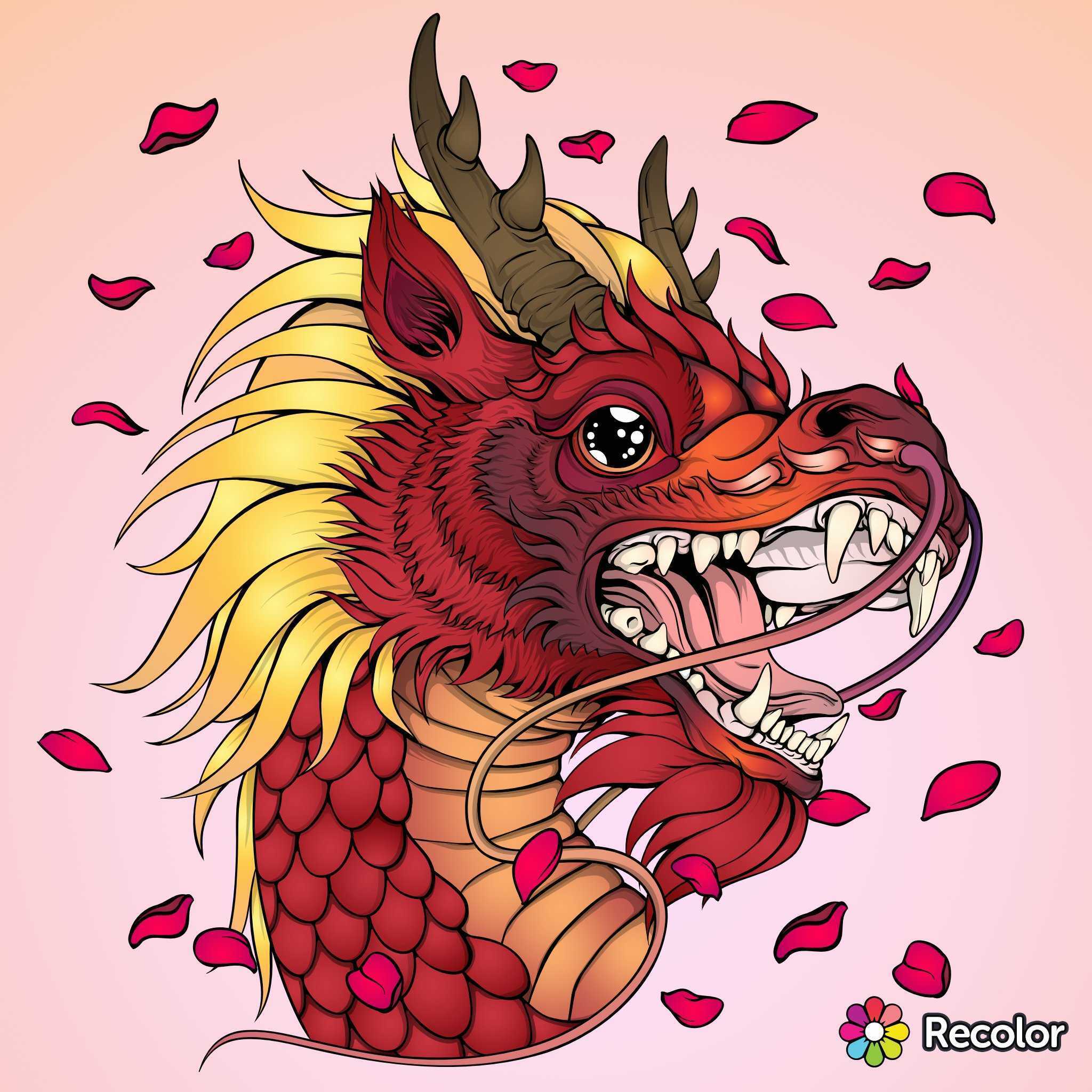 A Rainbow of Dragons!

Dragons have flown into Recolor with our Dragon Event, so it’s a great time to talk about dragon colors!

In European legends, black dragons were the worst of the worst! Because black symbolized evil, a black dragon was extra scary. This is actually not so far off from black dragons in China, where they represent vengeance. Seeing one was thought to be a sign of catastrophe - storms and floods were sure to follow.

It was actually very unusual to see green dragons in old European artwork; the exception seems to be the dragon slain by Saint George, which is consistently shown as being green. Scholars think this might be because green symbolized the wilderness, so Saint George killing a green dragon represented humanity’s mastering the wild. But in China, the green dragon is the symbol of the East direction on the compass, and he brought the good rains that nurtured the crops - a very positive association with nature!

If we step outside of Europe and East Asia, we find something very rare and special - rainbow dragons! Many of the myths of the different Aboriginal peoples of Australia tell of the Rainbow Serpent, an enormous, rainbow-colored snake whose movements helped shape the landscape of Australia when it was created. It is associated with rebirth and rain, and when it was seen flying through the sky, it was believed it was travelling from one source of water to the next - explaining why some water holes never dried up.

In South America, the Aztecs believed the rainbow was the god Quetzalcoatl - who sometimes took the form of an enormous feathered serpent/dragon - flying through the sky. Like the Australian Rainbow Serpent, he was a creator god; also like the Rainbow Serpent, Quetzalcoatl was associated with the rain! Isn’t that interesting?

We hope this gives you plenty to think about while you work on your dragons - you’ve got until next Monday to publish your entries for the Event! Use the galaxy palette in your dragon picture for the possibility of being featured in the app!